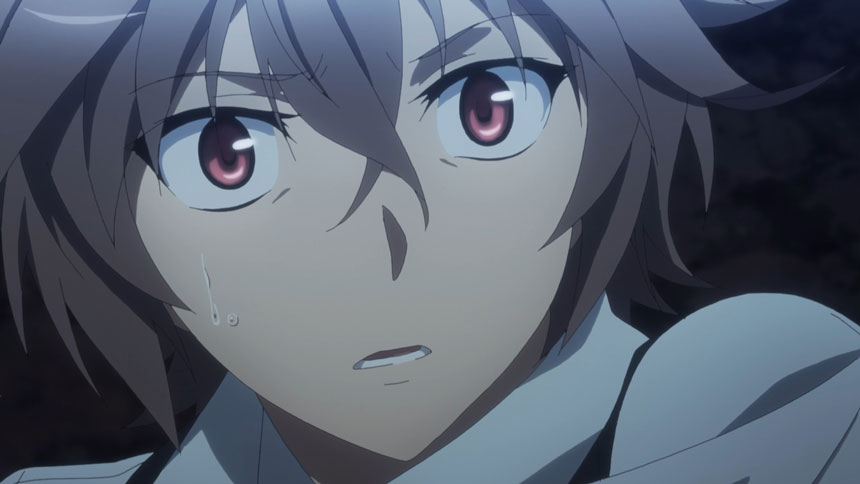 Screenplay: Ayumi Sekine / Storyboards: Masayuki Kojima / Stage Production: Ayumu Ono / Chief Director of Animation: Yukei Yamada / Directors of Animation: Takayuki Kikuchi, Takuya Asaoka, Shinichi Shigematsu
Wanting to save the Rider of Black who saved his life...That is the only thing on Sieg’s mind as he stands against Saber of Red. Overwhelmed by Saber of Red, Rider of Black and Sieg are caught up defending themselves, until Berserker of Black dashes over after regaining herself from going berserk earlier. However, while Master Caules has been taking command of the battle, he has also been agonizing over his decisions.